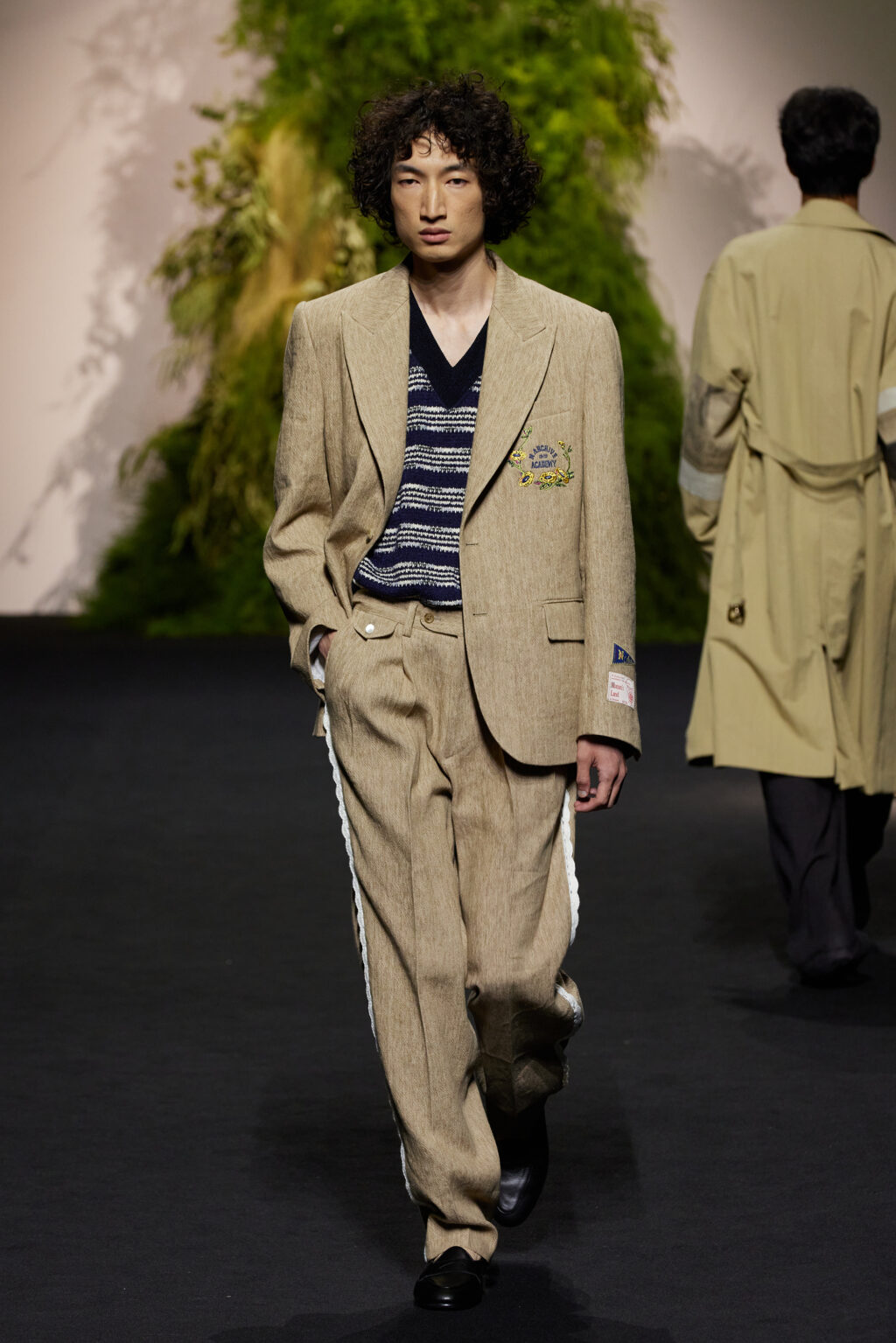 Korea has emerged as a creative power on the modern scene. From global television series to pop music acts taking the world by storm, Korean culture is on the march, fashion included.

Beyond Closet’s founder and creative head Ko Tae-yong grabbed my attention from his 2017 Colette collaboration. His classic preppy influenced looks move from minimal to enriched looks. Founded in 2008, Beyond Closet has become a force in the Seoul Fashion scene with its use of colors, prints and graphics.

The Black and Paper interview with fashion designer Ko Tae-yong.

As a menswear designer, how would you define the modern masculine style?

It has become a world that is less official and has less restrictions than in the past. Modern men are even showing the tendency they are not really limited by the traditional gender stereotype like “skirts are for only women.” They are sensitive to trends, but they also have a tendency to keep their own style as they did from the past.

How did you become influenced by the “preppy look?”

The latest collection moved to casual sophistication, do you think men want to be more dressed up but without a tie?

Even if the formula for men’s clothing changes over time, I think men believe classical and formal clothing will last forever. It is part of the charm of menswear. So, I mix up things from the past into new things.

Please walk us through look 11 and 13 from the Spring Collection.

In Look #11, the military-patterned outerwear was reconstructed with light knit material and styled with linen pants of irregular stripes. I talked about a lighter, lyrical and vintage military.

The 13th look is attractive with romantic moods composed of vintage things. Python boots are a heterogeneous element in them, but they are objects that show novelty by adding points.

You paint on pieces, is this part of your design technique?

They are Contemporary Art Inspiration and Handmade Elements that inspire me deeply.

Are there any plans on selling your brand in the United States or Europe?

Beyond Closet and I loved America and Europe. We also held fashion shows and communicated with them through pop-up stores and various projects. It is always welcome to showcase our brand if there is a good opportunity.