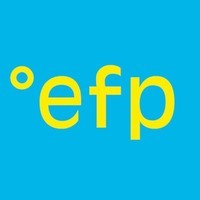 This year I rejoined the press junket for the European Film Promotion’s European Shooting Stars Program, virtual of course. The initiative serves as a platform to promote and showcase European Talent on the global stage. Since 1998 many famous faces have passed through the door moving on to becoming recognized performers in the entertainment industry. Daniel Craig, Carey Mulligan, Michaela Coel and 1917 star George McCay are a few examples of the talents who leaped to fame after their EFP debuts.

For 2021 I interviewed Martijn Lakemeier from The Netherlands, Seidi Haarla from Finland and Zygimante Elena Jakstaite of Lithuania. Normally there is face to face time but for 2021, we had one on one Zoom conferences. Hopefully, in June the live ceremony will take place in Berlin. I have my fingers crossed.

It is always inspiring to be one of the first to interview a raising media figure. I like saying “I interviewed him or her when they started”.

Congratulations to all the winners. Well deserved. I look forward to seeing them on the screen.

Stay tuned for the one on one interviews on the Chat Cinema Podcasts.