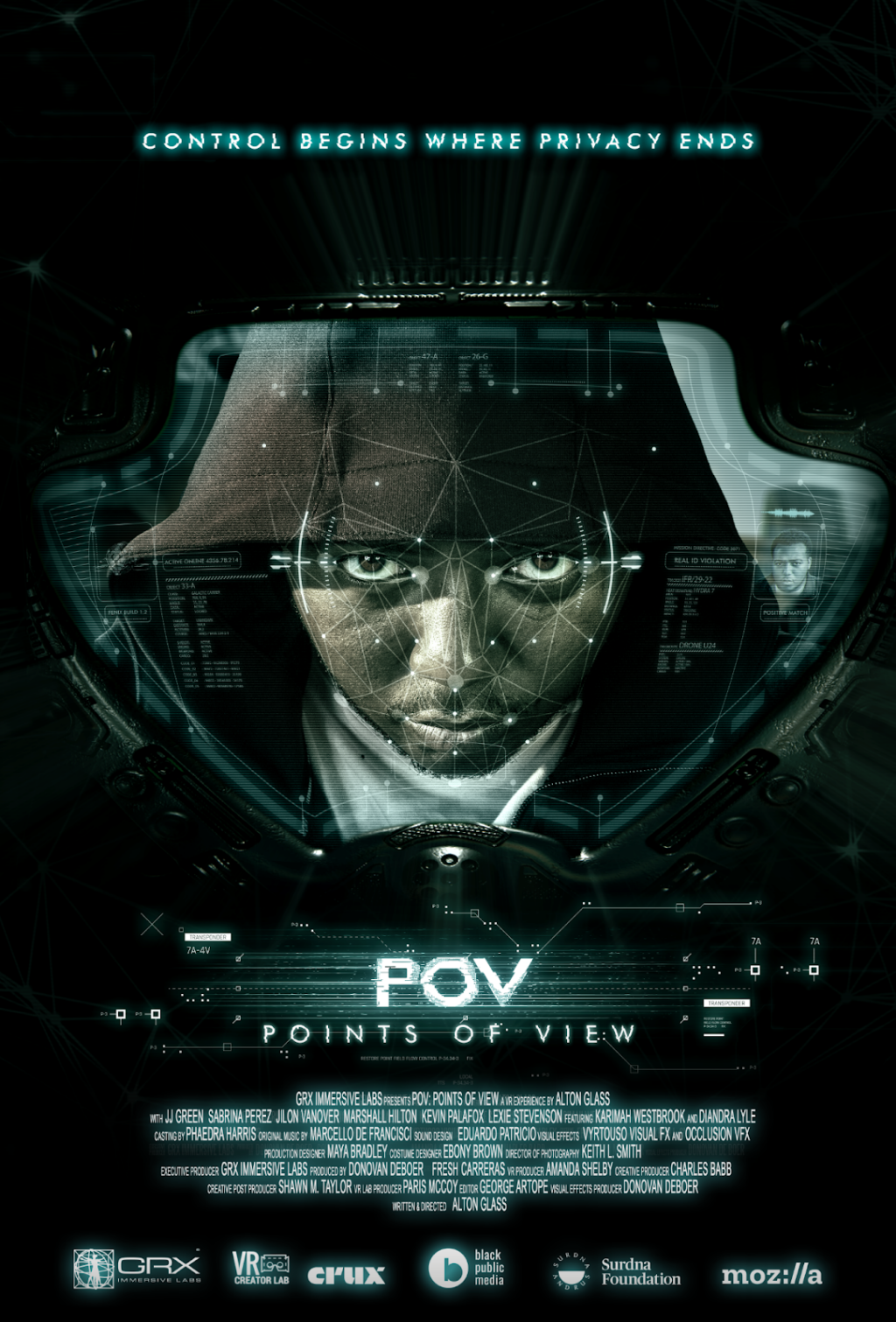 Filmmaker Alton Glass could have gone the easy way to make his film POV:Points of View, but decided to push filmmaking technology to a new realm. For some, the future will have the same choices as the present and past.

The interview with Mr. Glass.

I enjoy both but I’m just a Storyteller using technology to prototype and reimagine the future.

You used state of the art cinema technology to tell an all too familiar story, is this irony?

Yes irony on many levels. I’ve learned narratives and algorithms are essentially the same thing. The impact and evolution of both can be beneficial or detrimental in many ways.

In your vision of the future, should citizens be concerned about the state?

Citizens should be aware and examine what’s happening with the state so you have agency at all levels where your civil liberties can be impacted.

What attracted to you filmmaking? Was there a particular film or director?

Robert Townsend and Michael Shultz who made Five Heart Beats and The Last Dragon. I fell in love with how they captured characters and their journey of growth. I love discovering the hidden gifts that we often don’t know was inside us all this time when you thought you were not enough no matter what time in your life. We create reality and I enjoy seeing those ups and downs as that power unfolds on screen or in any medium.

How will VR influence filmmaking?

I’ve heard the term Story living by Vicki Dobbs Beck at ILM and I think there’s a convergence of the two worlds of traditional filmmaking and immersive technology that will evolve into something special. I’m still learning so the influence and reward I see now is challenging storytellers to think outside the frame and understand the richness of a multi dimensional world. VR takes you from filmmaking to literally world building.

It might not be my generation who brings VR to it’s fullest potential but I’m happy to plant the seed and see where diverse voices will take immersive storytelling in the years to come.