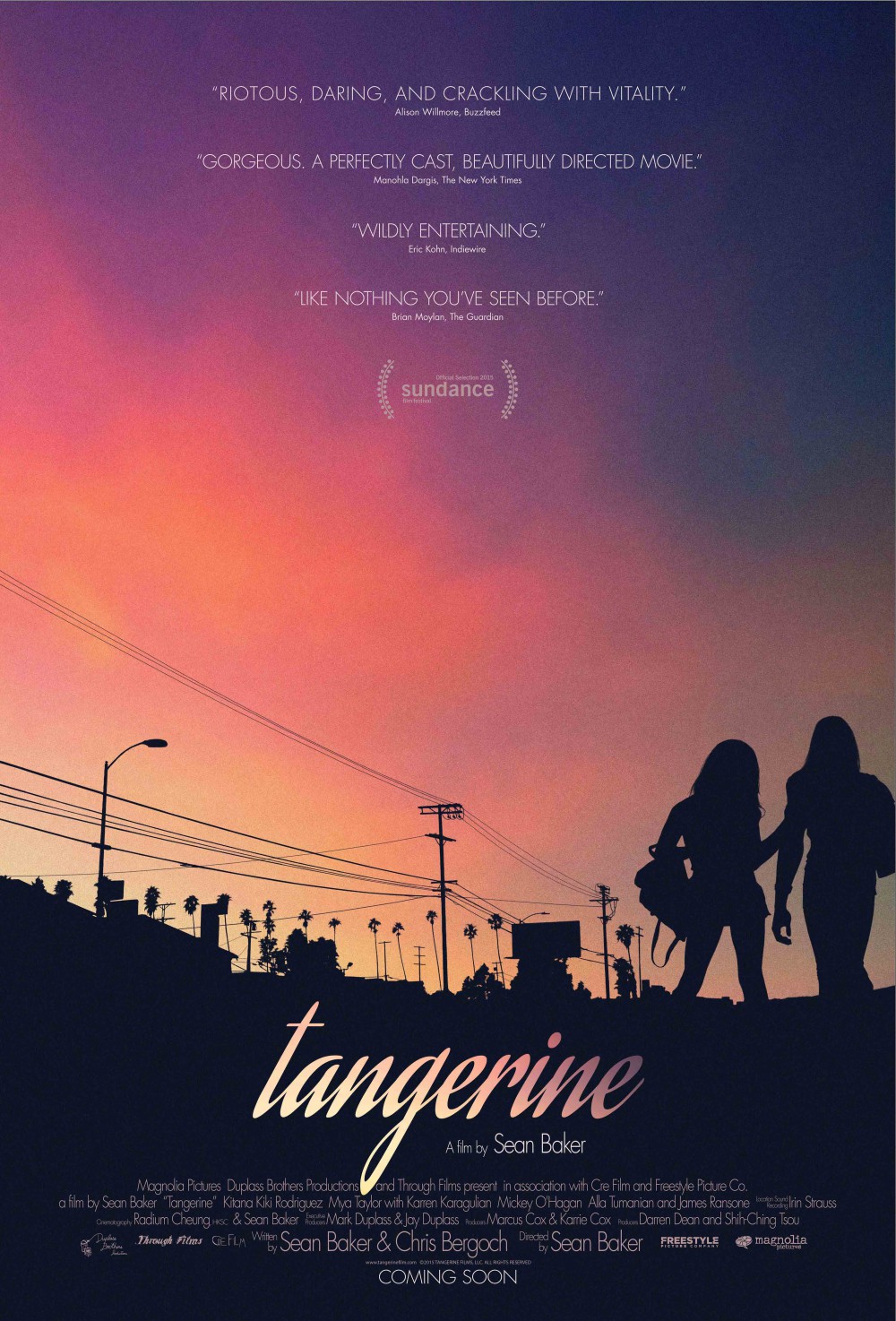 Sin Dee, a transgender prostitute, was released from a short stay in prison. Learning her Boyfriend/Pimp was not faithful during her incarceration, Sinn Dee (Kitana Rodriguez) embarks on a Christmas Eve journey through the sub-cultures of Los Angeles with her best friend Alexandre (Mia Taylor). Director-Writer Sean Baker’s Tangerine shows the underbelly of the city focusing on eccentric characters seldom seen in cinema.

Tangerine has been nominated for Best Picture by the Independent Spirit Award.