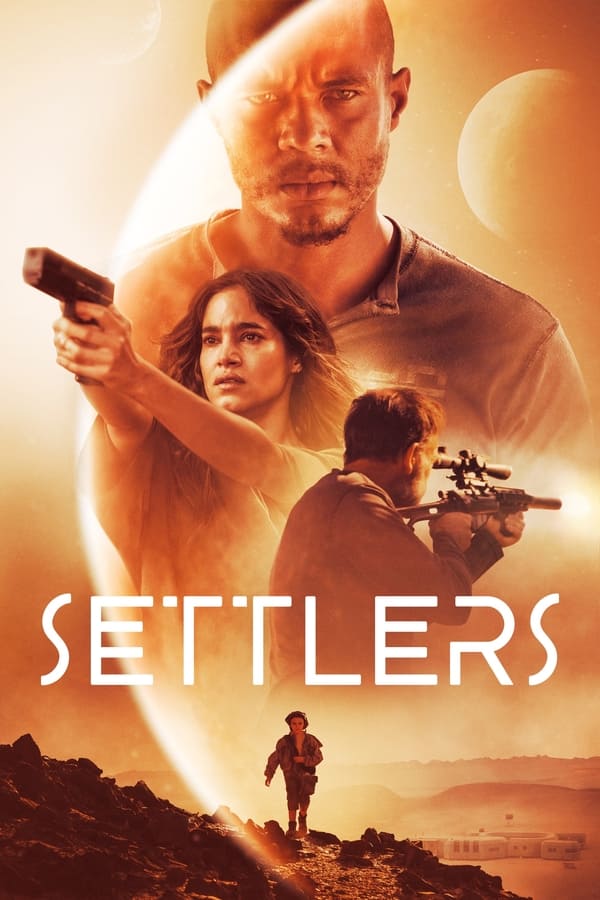 At the Tribeca Film Festival this year there were the obligatory premieres. Despite the natural anticipation some program choices were questionable. Take for example the Wyatt Rockefeller directed Settlers. For its world premiere at Tribeca, expectations were good. After all, it is a Sci-Fi Western film from a debut director with an interesting cast.

“Johnny Lee-Miller was seemingly performing a Masterclass in non-acting.”

The Storyline in a Nutshell

As the narrative limps forward, a group of bandits fail in their attack on the family outpost. However, one bandit called Jerry survives and kills Reza. Showing no remorse, he attempts to integrate into the family, attempting to prove himself. Although Ilsa somewhat warms to him, after thirty days she tries to shoot him. Jerry will then kill her in the ensuing struggle.

After losing her parents, the film becomes the survival story of Remy. We watch her do this in the face of predatory men. She learns this was the dark secret her parents kept from her. Remmy resents Jerry’s presence and grows up sullen and rebellious. Her only true friend is the loyal but mute robot, called Steve, found in a storage unit.

Settlers is a seemingly ambitious film. Setting it on Mars is high concept. The problem is that this Mars looks exactly like a studio. Perhaps that’s the point: A seemingly fascinating distant world does disappoint. It is a wasteland, a primitive but bland year zero.

The only commendable points of Settlers is that it does have its own unique atmosphere. Brooklynn Prince then later Nell Tiger Free (as the older Remmy) also give stand-out performances. It’s also interesting to see her grow from child to young woman. These positive aspects could have made Settlers a quietly impressive piece of work. However, the other actor’s hammy performances let the film down.

Settlers premiered at the Tribeca Film Festival on 18th June. It was released on 30th July on digital platforms.