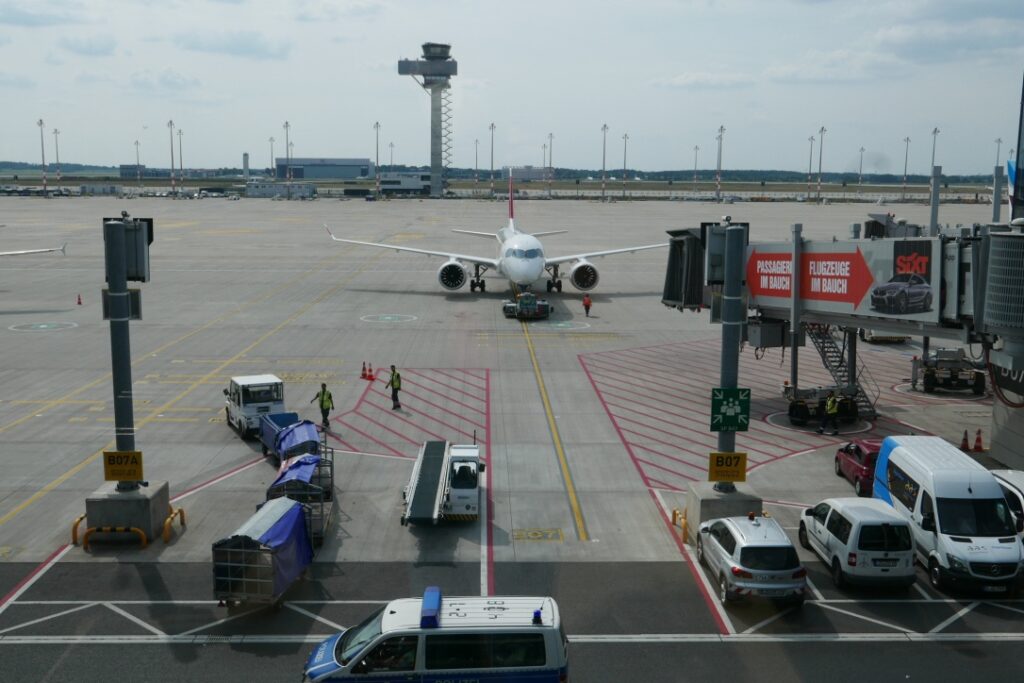 The Berlin Airport continues to be an embarrassment. So much for German Efficiency. After a tortuous process, many false opening dates, BER finally opened in 2019. The new airport has been plagued by one crisis after another. Limping its way along from one step from insolvency to bacteria in the water. The recent head shaking headlines make us all wonder, was building a new airport worth it?

Berlin as a city felt it needed a world class airport to match its oversize ambition to get on the world stage. Ambition and ability do not go hand in hand.

Once, Berlin had 3 small airports; Tegel, Templehof in the West and Schonenfeld in the East. After reunification, plans were made to build one large facility.

Former Mayor Wowereit started the construction of the BER in 2006 for a 2011 opening. The expression “the best laid plans” fits what happened over the years. Were the 3 Stooges in charge? An endless joke of gaffes plagued the project.

Nine years later, “better late as hell” than never, a quiet opening with middle level fanfare. No politician would dare be so closely associated with a glass white elephant.

I finally used the airport on a trip to Naples. From the moment I got off the train, the problems were obvious. Moe, Larry and Curly in comedy film short “Sitter Downers”. The slapstick trio “build” a house for themselves and their future wives. The result: one beam in the middle brought the whole structure down. The train station platform is too narrow for people getting on and off a wagon with luggage. Where is the escalator?

The escalator is in the wrong direction from the train station exit. The departure board is at the front of the upward escalator. The problem: stand in front of the board searching for your flight, while others are coming up from behind, all piling in small space.

Thankfully, the day we traveled the airport was quiet. We managed to get through without pain. However, recent articles of passengers stuck in four hour long lines

unable to make flights have compounded more travel headaches. Even celebrities have been affected. Rapper Kayne West missed his flight cause of line delays.

Off to the EasyJet flight, sounds easy. NOT! The gate was on the bottom floor behind a locked door. All the passengers were cramped in a stairwell waiting for news. We managed to make it on the flight but the chaos was a a bit unsettling, nothing compared to what happened on Ryanair.

I never know what to expect on a Ryanair flight. Flying to Milan from BER for the first time I got to the waiting area, downstairs, fine. After thirty minutes more people arrived. Well, the gate boarding attendant looked around, then booted up the ticket station. Something told me to ask the guy where will the boarding line start. He said, “Here!” PROBLEM! No space for all these people traveling on a full plane. PLUS, it’s a cramped stairwell. Additionally, everyone passed the turnstile to sit in the waiting area. Confusion is coming.

I waited next to the airport ticket guy. Suddenly, there was a flight announcement. Bedlam arrived. Where was the line to check in and board? There is no space to move. So much for social distance. Imagine a fire-cracker in an ant hole. The Italian passengers in a state of shock asked, “Is this Germany?” A Crowd Control DISASTER!

Arriving back at BER was just as confusing, but thankfully, I had experience navigating the dysfunctional design. Why is this important? Time. Down the escalator, turn 180 degrees, head for one of the two train platforms to Berlin. The regional express train takes 20 minutes to Berlin. The S Bahn takes 50 minutes to the center. I picked the wrong one, ran back upstairs, down to the other train just in time to jump on the express train service.

First timers at the airport are going to struggle, because they do not know the difference between trains. Why the airport does not have clearly marked signs is beyond me.

How to build a poorly planned airport in the 21thcentury? Ask Berlin. The city’s leaders excelled at it.

I am taking the train from Berlin to Paris.