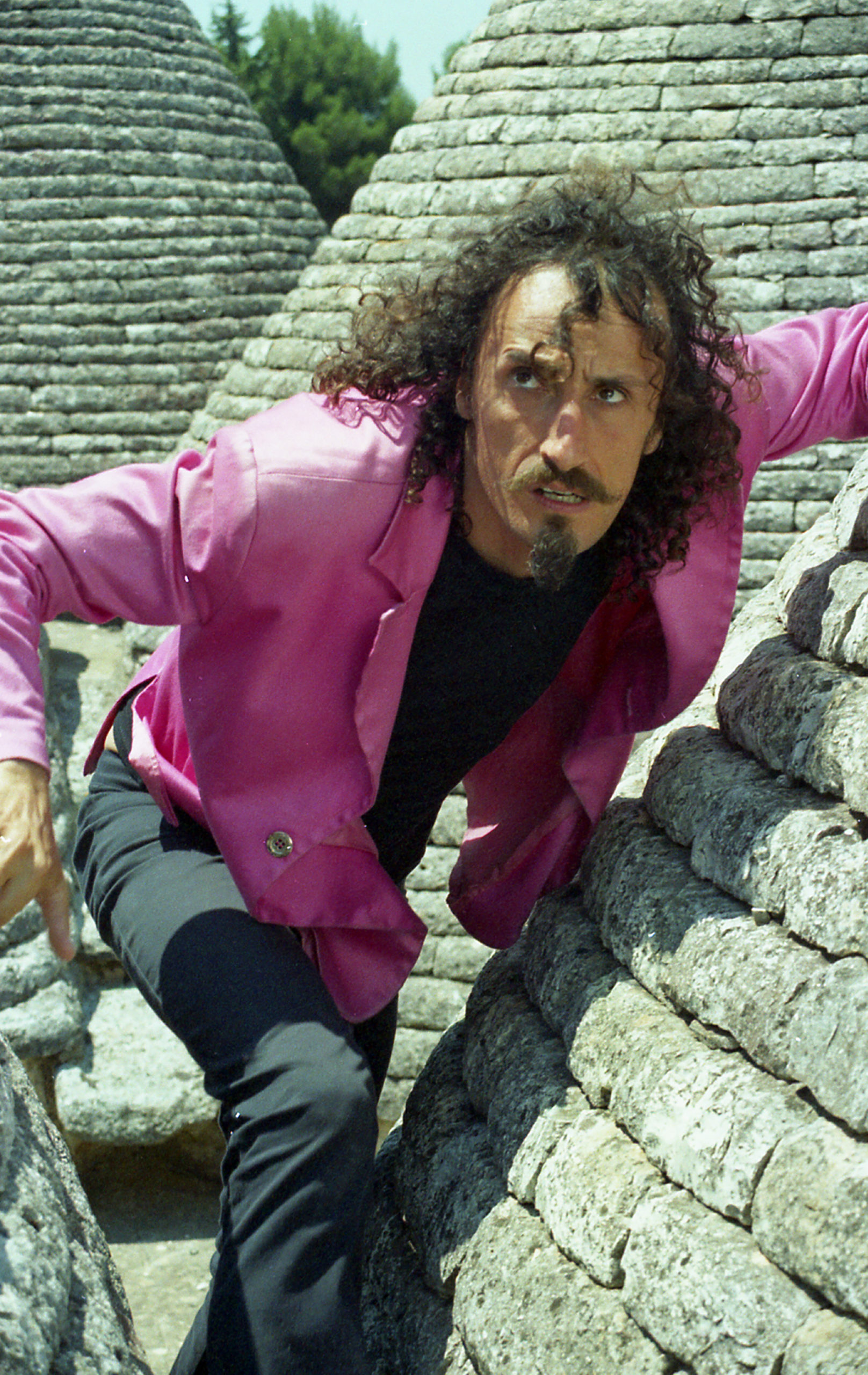 Imagine Frank Zappa (who was no stranger to acting, or the absurd) in his prime starring in a debut film like Peter Jackson’s Braindead(1992) combined with Robert Rodriguez’s El Mariachi(1992).  Chuck in  elements from the anarchy of El Topo(1970) by Alejandro Jodorowsky and Alex Cox’s Repo Man(1984), but with an original take on everything.  This pretty much sums up what is taking place here in SAMP, a high octane, no-rules feature by Flavia Mastrella and Antonio Rezza. However, although it is the case with the other aforementioned directors, this is not their debut film. In fact they have been making films for nearly thirty years. This is their sixth feature film, alongside various television programs and countless short and medium-length films.

The basic and immediate plot of a man called Samp, who, in the midst of wild dancing somewhere in old Puglia, leaves the ceremonial proceedings to inexplicably and insanely kill his mother, before ranting about her superficiality and how she somehow had failed him. After this, he visits some powerful crime boss who commissions him to start doing the same to ordinary people. The objective is the suppression of tradition and human feelings.

Without any moral justification, Samp starts taking down men, women and even children indiscriminately. Along the way, he gets paid by a pedestrian guarantor, meets poetic figures, seemingly normal people and a musician with whom he seems to form a genuine friendship. More than this, he even falls for various problematic women  further causing him loose sense of reality.

The director’s explaination of SAMP, a film with the pace of a journey, the dynamics of a performance, mixing traditional archaic Puglia with a modern world inflicted by violence due to economic power. SAMPis therefore a metaphor of cultural disintegration without perspective, something they claim we have always experienced. Worth noting:  SAMP took nineteen years to make and the characters age together with the authors.

The stark color images of the film enliven the action. There seems to be more bullets fired here than even John Woo’s Hard Boiled(1992). The frantic pace barely slows down, only when Samp briefly pauses to monologue, justify his actions or falls in love again.   The insanity of what takes place, projected in such an anarchic way.  I could compare to Luis Bunuel at his most extreme.   SAMP is a road movie on foot that shatters the script, captures the locations, and takes no prisoners.

SAMP is screening at Venice Film Festival in the Venice Days section. The  film is out of competition in the Special Events side bar.

Steven Yates is a cinephile.  He regularly contributes to Black and Paper.