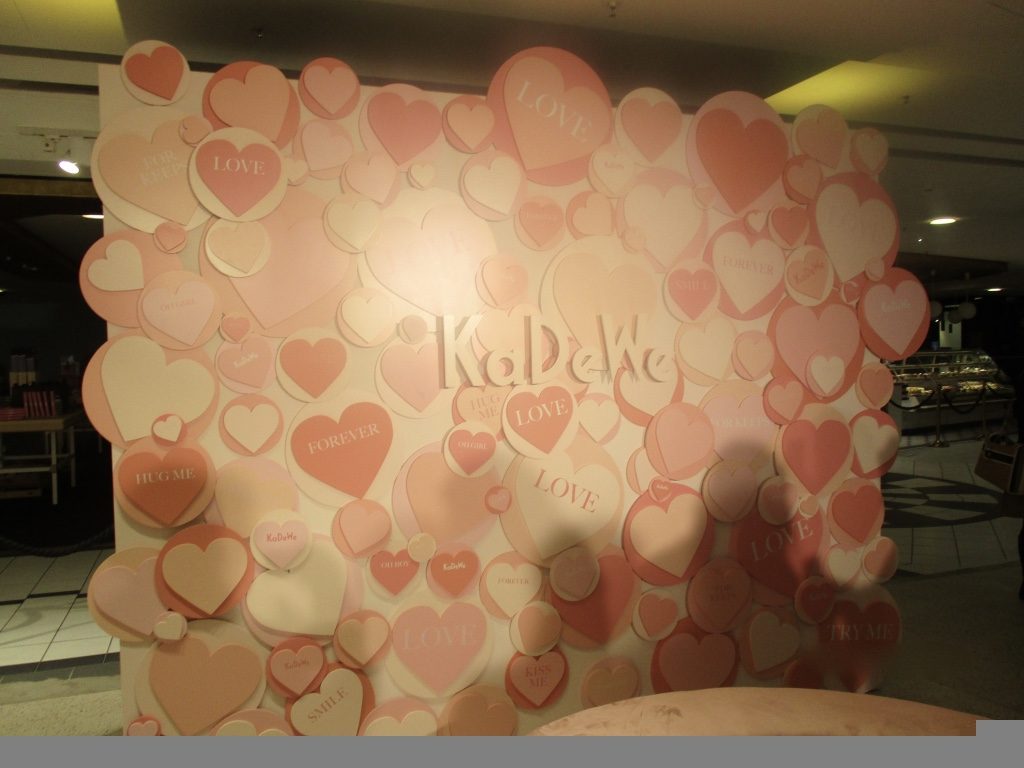 Department stores are ingrained the fabrics of cities. Cultural temples of consumption, meeting places to see and be seen. Before World War 2 Berlin had many grand showcases of prosperity lining its big streets and plazas. The sole survivor still in existence today is the KaDeWe on Tauentzienstrasse. Damaged by Allied bombings in 1943 the building closed until its reopening of its first two floors in 1950. Today, owned by Central Group, the giant store boasts over 60.000 square meters covering seven floors.

The latest renovation of the retail store giant is taking place over a staged periods. Phase 2 opened in this week, the ground floor, fifth  floor, and sixth floor.

First, the ground floor, a narrow funneling traffic approach layout between the LV and Dior concessions. Not the most welcoming or pleasant interior, first impressions. I had feeling of running through a luxury Pac Man game. The funnel or entry track ends in a very cramped make up department at the foot of escalators.

A social meeting place, a hangout, shop for those special items only found in one spot in the city. KaDeWe’s food floor is as much a part of Berlin as the Brandenburg Gate, a reference point. The sixth floor mixed groceries bakeries, mixed cuisine restaurants, and cafes side by side, a local meeting place in many forms.

The remodelled phase one opened in December 2018. The completed second phase recently opened. Half thought out, awkward, lacking warmth comes to my mind. Out with the old footprint, in with the new. In my opinion, the old was better, special, more charm.

The atmospheric lighting is jarring, sterile.  A remodelling blueprint exists, perhaps a bit of a rethink is needed. There is no overall look. New restaurant stalls just plopped in the middle of the floor layout. Tables randomly placed along low glass wall

Reinventing the 21st customer experience is crucial for retailers. Certainly the KaDeWe is moving ahead, but the direction is the question.

The KaDeWe Grand Opening Event was a crowd pleaser.   An all expense gala with over 1800 guests sampling the newly opened restaurants.