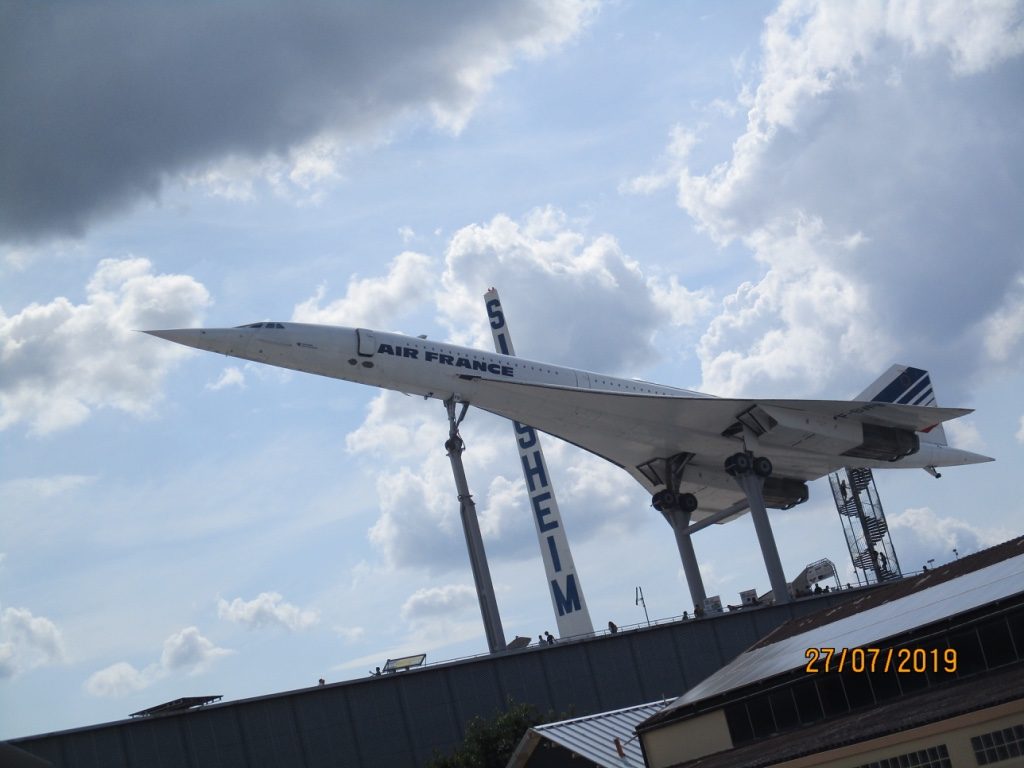 When I was a kid I loved plane spotting at airports. Granted I am from a second tier city with an airport capacity of a few flights a day. Delta Airlines controlled the region. All the liveries were usually Boeing 727’s. I could look up in the sky and knew the time by a passing plane.

During the time I lived in London, Heathrow airport flights dominated the sky. Planes from around the world coming and going at one of the busiest airports in the world. While jogging I would look up to see an A380 from a Middle East Carrier.

While traveling on the autobahn through Southern Germany I saw the tail wing of a Lufthansa 747. Why is that there? Perhaps we missed a signed saying “airport”. Sinsheim is a small a town. The population stands at 35.000.  I reasoned there could not be an airport with size to accommodate big planes.

What could it be?

The Sinsheim Auto & Technik Museum opened in 1981. For aviation enthusiasts, a must stop. The dramatic sight of an Air France Concorde and Tupolev 144 side by side made me feel like a kid again. I had a model Concorde. Using my hyper imagination to fly from New York to Paris.

According to the website, there are over 3,000 exhibits including cars and tanks.

As I did not have time to enter the museum, I just took pictures from the parking lot. Then walked inside to the gift shop and cafe. No worries. I plan on returning.