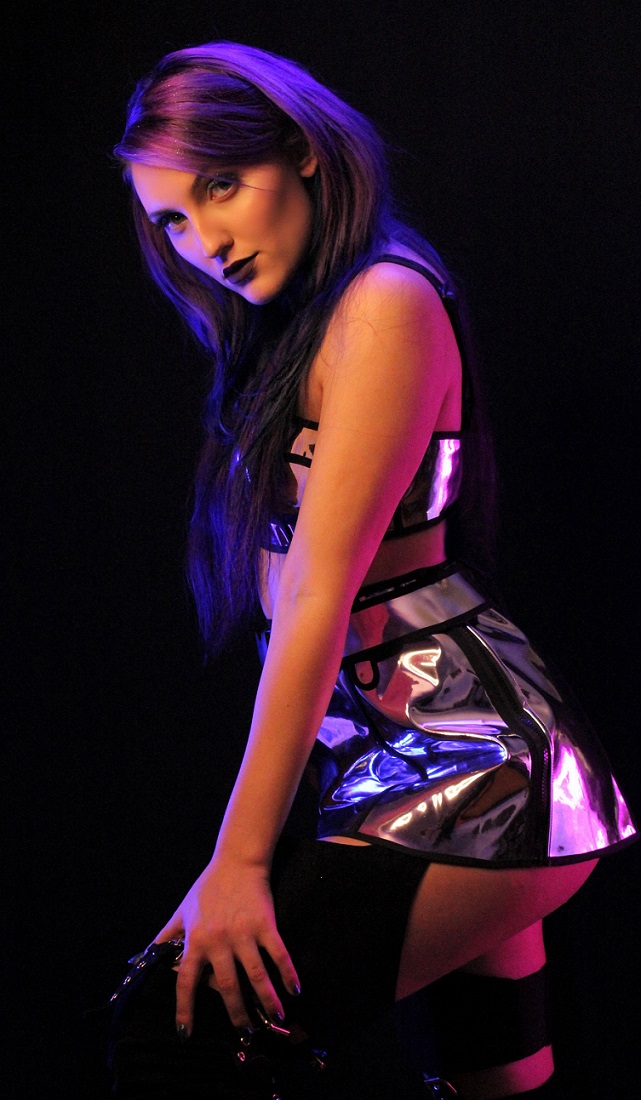 Jaki Nelson is an ordinary, relaxed Angeleno.  Even if considering her school mates were Kendall and Kylie Jenner.  With dreams and talent, she set herself on a musical course.  The Billboard charting artist is currently preparing to tour to promote her new works.

Who was your musical inspiration growing up?

I was obsessed with music from a very young age. There are so many musical inspirations, I couldn’t possibly pick just one. So here are the big three. In second grade, I used to steal the Britney Spears “In The Zone” album from my sister’s room and share my headphones with friends at school during recess. Later, I got assigned to sing a Josh Groban song for 5th grade graduation, but I learned it about four months early, so I checked out another song on the album.   I promptly memorized every single song, especially the Italian parts, with a veracity that I still yearn for every time I listen to a new song.

Then there was Lady Gaga. It blew my mind that anyone could make pop that perfect. She also hit mainstream right about the time I was starting to grapple with my sexual orientation. It was so reassuring to see an openly queer artist taking off in the public.B

Being raised around fame and music, did this encourage to become a singer?

There’s something about watching the people you know live their dreams. That helps you to intrinsically understand not only you can follow your dreams, but that you must. I see these people. I feel their energy of fulfillment. It’s infectious! You need it. I do, anyway.I

Is there one song you play over and over again?

There’s a Bea Miller song she wrote with Justin Tranter. It is unbelievable. The title is “It’s not u it’s me”. Pop perfection becuause it is surprising, confident, sexy and fun. Every songwriter I show it to loses their mind immediately. It needs radio play ASAP.

Why did you choose such a public place to come out the closet?

I wouldn’t say that I chose it. One day, I heard “Boys” by Charli XCX and I instantly felt compelled. As if by the Gods to make a bisexual remix version. It was more about the fact I wanted it to exist than about wanting even to make it. From the moment we finished, my whole life changed. I started getting asked to play it live at gay clubs. I was just immediately welcomed into the community. It was amazing! Then all of a sudden, my mom came into town and wanted to see my first big live show. I had to introduce the song, so I didn’t really have a choice. I  freaked out.  But I’m really glad I did it.

What is your definition of “Fluid Sexuality?”

Fluid sexuality is the same concept as saying you are not the same person every day. I mean technically, yes, of course. We are all the same person every day, but some days we are more or less feminine or masculine. Some days we are more bright and happy and some days we are more prone toward darkness. Neither femininity nor masculinity are inherently bad, nor is the light or the darkness. It is all part of the human experience, and it can all be perceived as beautiful. Some days I am more enticed by male energy in my life. Other days I am more attracted to female energy. My heart doesn’t discriminate.

See the Video Below

What are your tour plans?

Well, I’m headlining The Viper Room in West Hollywood. I’ll be performing  two just released singles. A few songs most people don’t know I’m featured on as lead vocal.  Some newly unheard material. These sets are an intimate preview of a tour that’s currently in the works.