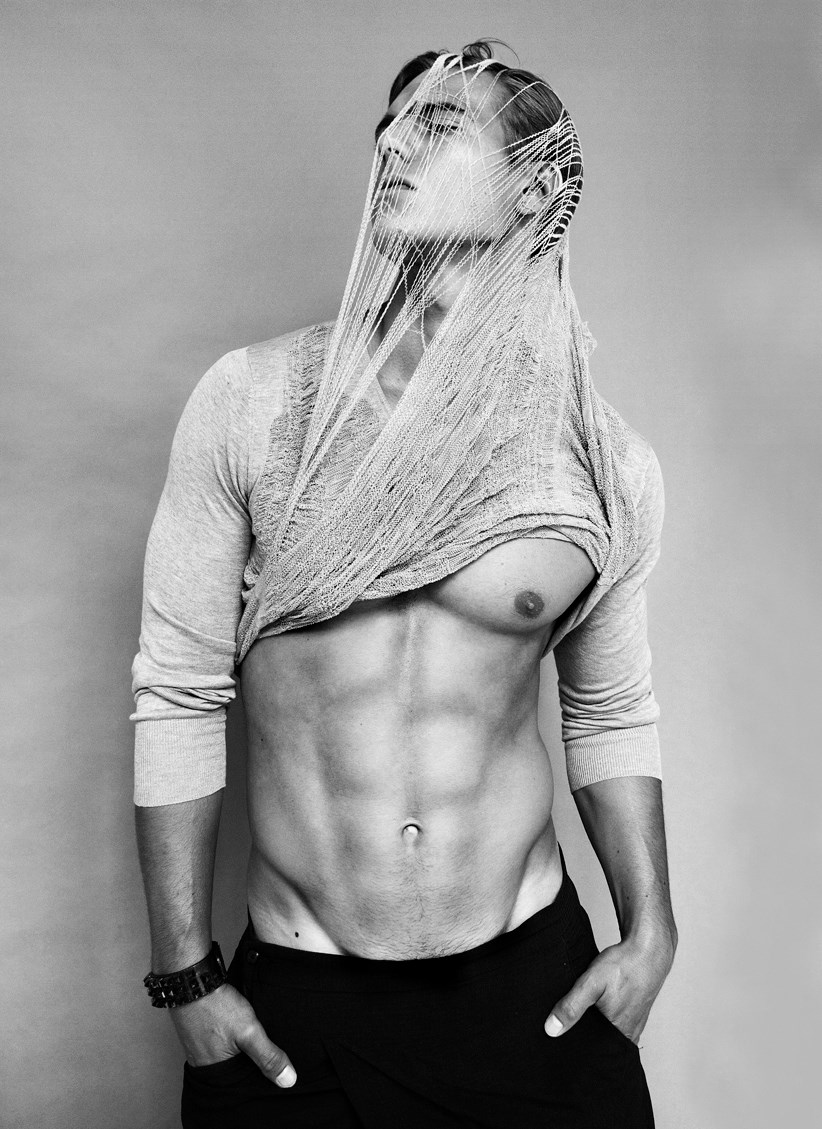 Part 1 of The Black and Paper  interview with photographer Brice Hardelin at the W Hotel Paris.

What is the L’Homme Couture Exhibition?

The ideal started with an editorial I did 4 years ago men with women’s accessories and jewelry.  I was approached to an editorial for Mellerio, the oldest jewelry house in Paris.  The brand was celebrating its 400th anniversary.  I had this idea to take a picture of a girl and a guy in their jewelry.  They were a bit of surprised because the jewels are normally worn by a woman.  The results were fantastic.  I liked the images a lot so I decided to continue the story.  That is what inspired my exhibition L’Homme Couture.

Is this a gender free exhibition?

We should be beyond labels.  If you think about fashion history, men were extravagant.  During the Greek and Roman empires, the Renaissance, and the 17th century men wore jewelry and make up.   Now everyone wears suits and sports clothes.  It is boring!  I am a fashion photographer.  Except some details, it is all the same.  I wanted to show something different, something to make people react.   There is no label on this.  I am a man born in the 1980’s.  There were all these pop groups from David Bowie and Duran Duran who wore make up and stylish clothes.  Suddenly in the 21st century, all is conservative.

What attracts you to the male form?

I like muscled guys but thin.  Fashion models are quite long.  I was fashion photographer for women at first.  When I came back from living in Montreal for a time, an agency contacted me to shoot a girl and guy for a test.  The agent liked the images of the guys.  After that I was getting booked to shoot male models.  Other agencies in the city started sending me only male models.  I was boxed into the reputation of working well with men.  I have been doing it for 10 years.  I do editorials with female models but with men time is not constrained.  I can shoot fast and explore other elements.  With female models there is more time needed to set ups on the hair and make-up.

What style of photographer are you?

Portraitist first then I am a fashion photographer.  For me the person is more important than the clothes.  I like character and attitude in front of  the camera.

L’Homme Couture is on display at the W Hotel Paris until January 3, 2018.

Part 2 of the Brice Hardelin interview will be online soon.