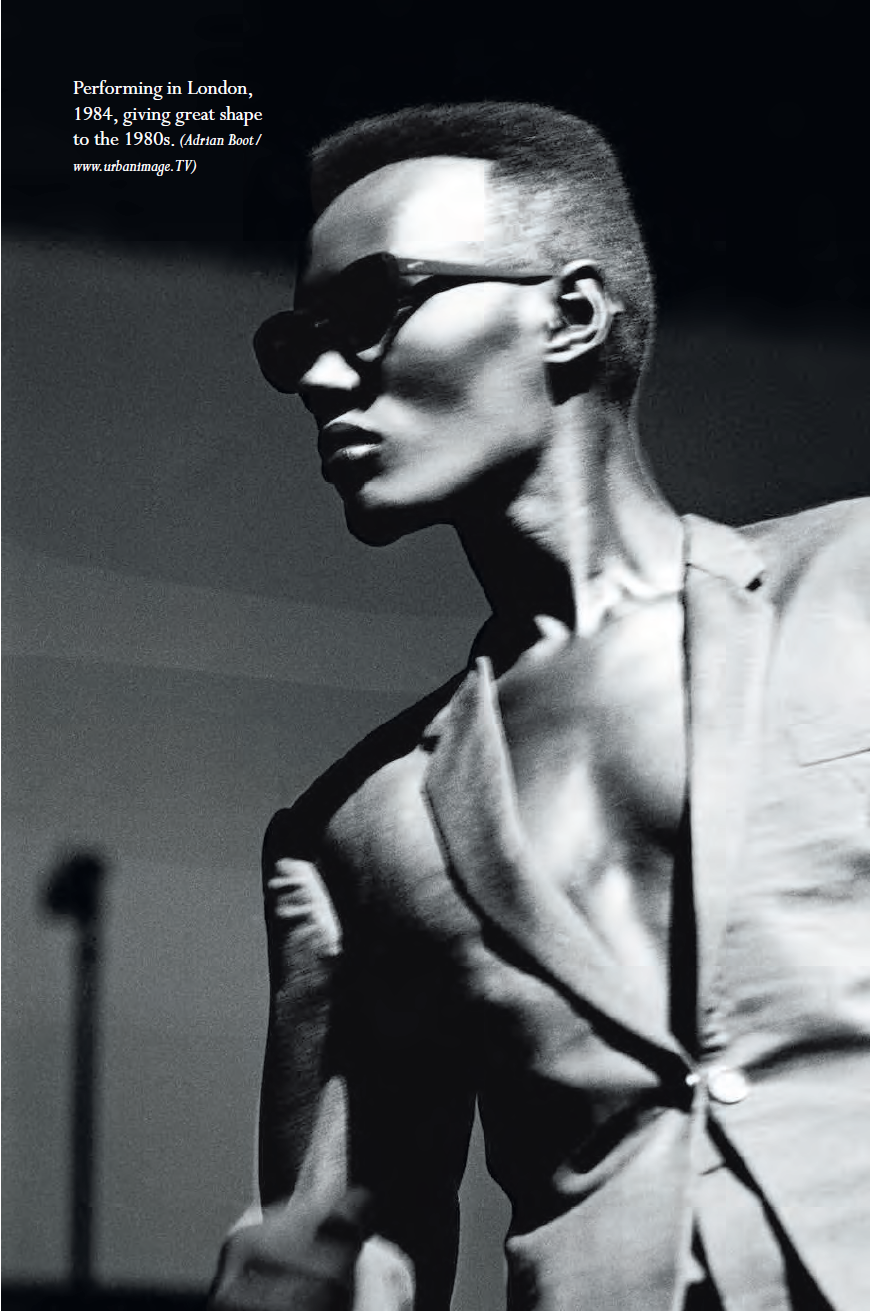 What do you do when you are a legendary performer who has influenced everyone from Madonna to Annie Lennox to Lady Gaga? Write a book of course!

Born in a religious family of Jamaica, Grace Beverly Jones did not set out to make her mark as a singer, model, actress, and fashion icon but instead studied to become a teacher when the acting bug struck while doing Community Theater in college.

A biography spanning her early years as a struggling actress going so far as to live in the nude for a year, then moving to Paris becoming a roomy with a future supermodel and an Oscar winning actress. Jones became the toast of the Studio 54 era with her over the top performances in the legendary club entertaining then dancing alongside Liza Minelli, Bianca Jagger, and Andy Warhol. She became the living definition of the word “fierce” in the underground scene of New York.

Iconic, trendsetter, disco diva, and trailblazer,  Jones was first modern female performer to bend the rules of gender, he/she looks with fashion as well as with those distinctive box fade or close shaved haircuts. Before Madonna, she wore the famed body hugging bustier.

I would not call this a reflective biography as more of a recollection of events of a determined artist who did things the way she wanted to do them in a world that was not quite sure how to define her.   That was a good thing.

I’ll Never Write My Memoirs is available on Amazon or at local bookshop.